Rusty is the largest of the kittens and the shyest.  Since feral cats are born in the wild, they lack human contact and depending on if and when that happens, instinct keeps them wary of people.  For the first part of the month the kittens stayed outside, they scattered if anyone came near them, even though Cali enjoyed rubbing up against Jayne and myself.  Eventually the kittens started associating us with food, and began to be curious enough to get within a couple feet, but would still flee if we got closer.  Once inside the house, we spent time with them in their room, and in a few weeks they became very tame.

Rusty is still shy, though, and while he'll tolerate being petted if he's on top of the kitty condo, he backs away if approached otherwise.  We're going to give him all the time he needs, since experience has shown cats will eventually respond to people. 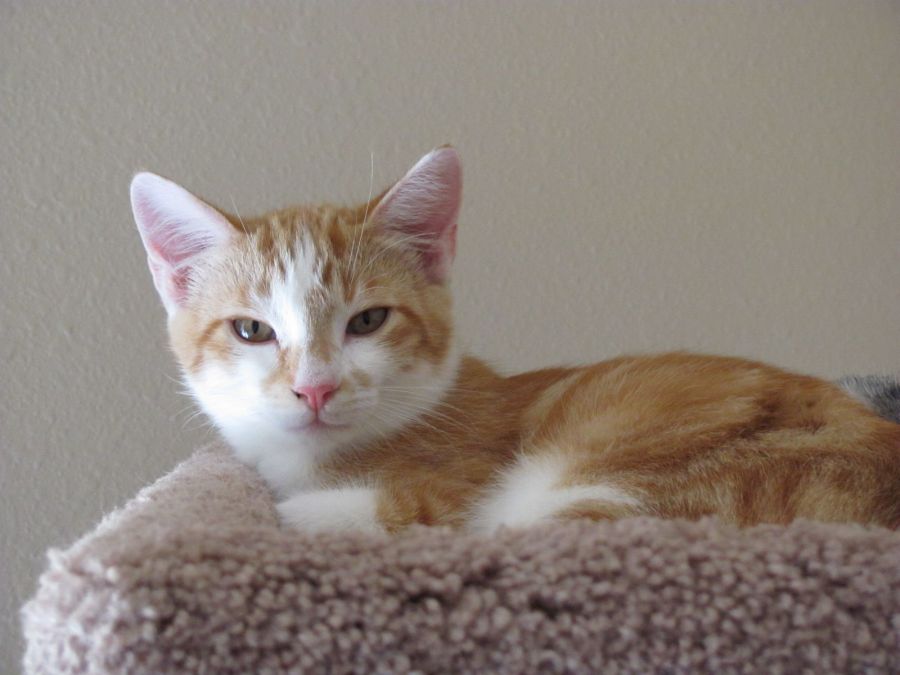